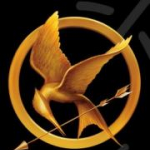 Ever since I was 8 years old, I have been a huge Star Wars fan, especially of the old Star Wars Expanded Universe, now known as Legends. I hope to see Legends treated as an alternate timeline and continued in the near future. I also am a big Nintendo fan, having grown up with Super Mario, but now my focus is more towards The Legend of Zelda series due to being more serious. I also enjoy YouTube, the British science fiction TV series Doctor Who and the American anime-style web series RWBY.

I first started my journey into Wikia/Fandom with Wookieepedia, the Star Wars Wiki. After seeing how many wikis there are for different people, I looked for and discovered a wiki for my favorite YouTuber at the time, MarioMario54321. At first, his wiki was small and business was slow, but after seeing a member known as Schm2000 work on it, I began working myself, becoming friends with Schm. Eventually, the wiki attracted more and more members, and I became an administrator on the wiki. However, I soon fell victim to my own nativity and became power hungry, as well as going through a rough time in 2014. These eventually cost me my job.

As I look back and cringe at myself, I decided to create a new wiki in order to relive my younger days, as well as be more professional, which led to the creation of the SM64 Machinima Wiki. I hope to change my image from "that kid on the Internet" into someone more mature, and make some friends along the way. This does not mean I won't make mistakes, sadly

Retrieved from "https://legacies-of-the-galaxy.fandom.com/wiki/User:IJosh64?oldid=132"
Community content is available under CC-BY-SA unless otherwise noted.